President Trump has sent an unknown number of federal agents to Portland, Oregon, ostensibly to project federal property amid weeks of protests against racism and police brutality. But federal officers "are also detaining people on Portland streets who aren't near the federal property, nor is it clear that all of the people being arrested have engaged in criminal activity," OPB reported Thursday evening. One civil rights lawyer, Juan Chavez, described the federal tactics as "

President Donald Trump's company holds a multi-million debt to the state-owned Bank of China – and it will come due in the middle of his second term. Trump's ownership of the 43-story Manhattan tower has been known publicly for years and came up during his 2016 campaign. But it is getting a second look now that China is looking to be a flashpoint in his race against former Vice President Joe Biden. The loan comes from the Trump Organization's 30 percent stake in the 1290 Aven

Trump Campaign Secretly Paying $180,000 A Year To His Sons’ Significant Others

WASHINGTON ― President Donald Trump’s campaign is secretly paying one Trump son’s wife and another one’s girlfriend $180,000 a year each through the campaign manager’s private company, according to top Republicans with knowledge of the payments. Kimberly Guilfoyle, the girlfriend of eldest son Donald Trump Jr., and Lara Trump, wife of middle son Eric Trump, are each receiving $15,000 a month, according to two GOP sources who are informal White House advisers and who spoke on

The Bureau of Prisons just bought $60,000 worth of hydroxychloroquine it's an unproven treatment

Associated Press/John Locher The Bureau of Prisons placed an order for $60,000 worth of hydroxychloroquine sulfate tablets in March, federal spending records show. A Bureau of Prisons spokesperson told Insider the drugs were intended to treat COVID-19 patients. The novel coronavirus has been spreading rapidly throughout federal prisons, and the BOP reported Monday that eight inmates have died so far, and at least 195 have tested positive. The Trump administration has vigorous

Construction crews began blasting sites within Arizona’s Organ Pipe Cactus National Monument as part of the construction of President Trump’s border barrier, and the affected areas include sites sacred to Native American groups, according to a congressman from Arizona and advocates. The Organ Pipe Cactus National Monument is an internationally recognized biosphere reserve — meaning it has plants and animals so rare that the United Nations has given it a special designation. I

Life is harder for transgender prisoners after the Trump administration in 2018 revoked Obama-era guidance protecting them from rape and violence from other prisoners. The administration has ordered the Bureau of Prisons to use “biological sex” in determining how transgender prisoners are assigned housing, putting them at significant risk of sexual abuse, assault, and other types of discrimination. Prisoners’ biological sex would be used when screening, housing, and offering

He was a Yale graduate, Wall Street banker and entrepreneur. Today he's homeless in Los Angeles

Los Angeles (CNN) Shawn Pleasants has the kind of resume that would attract the attention of any job recruiter: high school valedictorian, an economics major from Yale University, Wall Street banking jobs, small business entrepreneur. But a few wrong turns in life 10 years ago left him homeless, and today he's living underneath a tarp in the Koreatown section of Los Angeles. He's been told before that a smart and capable person like him should not be in this situation."But I'

(CNN) New York County District Attorney Cyrus Vance's office has subpoenaed eight years of President Donald Trump's tax returns from Mazars USA, the longtime accounting firm to Trump and the Trump Organization, as part of its investigation into hush-money payments, according to a person familiar with the matter. The subpoena marks a new escalation in the large-scale effort to obtain the President's tax returns, a battle that has largely played out in courts as the Trump admin

Georgia Clark, a teacher from Texas, has officially been fired after tweeting President Trump and asking him to “remove the illegals” from the Fort Worth high school where she taught. Clark apparently thought the tweets were private. However, her Twitter account has since been deleted. The vote to fire Clark was unanimous, and her appeal was also overruled. These tweets are not the first time this particular teacher was accused of treating her students poorly, however. The Fo

Despite Faulty Drugs, Racism and lies, Trump Is Bringing Back the Federal Death Penalty

Washington (CNN)-The federal government has ordered the death penalty to be reinstated for the first time in nearly two decades, as Attorney General William Barr directed the Bureau of Prisons to schedule the execution of five inmates after adopting an updated execution protocol. After 16 years without an execution, Barr has directed the head of the Bureau of Prisons to execute "five death-row inmates convicted of murdering, and in some cases torturing and raping, the most vu 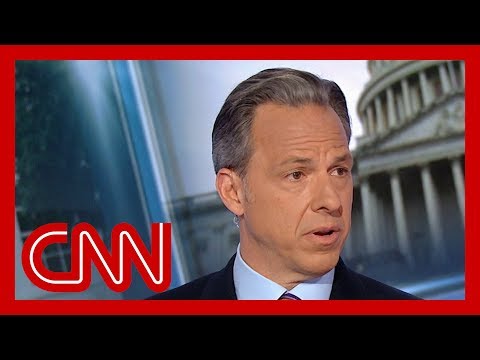 Rep. Ilhan Omar Has Been A U.S. Citizen Longer Than Melania Trump

President Donald Trump is once again ignoring the truth with his racist attacks on four progressive congresswomen. He’s also ignoring the parallels with his own family’s immigrant history. The president launched a Twitter tirade on Sunday that urged the four lawmakers to “go back” to countries “they originally came from.” As many have pointed out, three of his targets ― Reps. Alexandria Ocasio-Cortez of New York, Rashida Tlaib of Michigan and Ayanna Pressley of Massachusetts

Charlottesville, Virginia (CNN) James A. Fields Jr., the man who drove into a crowd of counter protesters in Charlottesville's "Unite the Right" rally two years ago, leaving one woman dead, was sentenced Friday to life in prison in his federal hate crimes case. Fields pleaded guilty to 29 federal hate crimes in March as part of an agreement that eliminated the death penalty as a possible punishment. Under the punishment imposed by US Judge Michael F. Urbanski, Fields will ser

(CNN) The grand mahogany table of the White House State Dining Room was set with white roses, fine china, silver platters stacked with Big Macs and pouches of fried chicken sandwiches, and bowls of extra sauce. The champion North Dakota State Bison football team was in town, and McDonald's and Chick-Fil-A were on the lunch menu. "We could've had chefs, we could have, but we had fast food -- because I know you people," President Donald Trump said to laughter. He referenced the

Donald Trump has appointed the son-in-law of his next attorney general to the White House legal office, sparking fresh conflict-of-interest concerns in an administration that has increasingly become a family affair. Tyler McGaughey, who is married to attorney general William Barr’s youngest daughter, left his post in the Justice Department for the new role. News of the transition broke just as the US Senate voted to confirm Mr Barr as the nation’s next chief law enforcement o
1
234