Meek Mill called off a visit to the White House on Friday following a call from JAY-Z. According to TMZ, Meek agreed to travel to D.C. to discuss prison reform at a Prison Reform Summit hosted by President Donald Trump. Participants include members of Congress, various activists, and victims of the system. However, JAY-Z called Meek on Thursday night and convinced him that meeting with Trump could be problematic for his image and movement. He also reportedly received calls fr 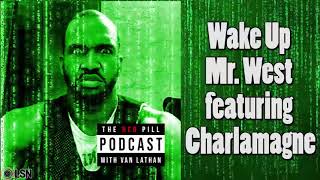 THIS IS A MUST LISTEN! If you have yet to read up on Kanye's latest rant here's a podcast called The Red Pill hosted by Van Lathan the guy who dismantled Kanye West yesterday at TMZ Headquarters after Kanye said "Slavery was a Choice". Enjoy and please leave your thoughts below #kanyewest #kanye #tmz #vanlathan #trump #slavery